US markets are back into record high territory, showing the strength of the current momentum in international markets. One of the key drivers of the market rally has been low interest rates. To keep things simple, when interest rates are low, most asset classes appreciate. Think of the housing market. If interest rates go down, more people can now afford houses, driving up demand and driving prices higher. A similar mechanism can be applied to equities.

Last week Mediclinic announced the approval for the acquisition of a controlling stake in Matlosana Medical Health Services in Klerksdorp. The acquisition includes 2 hospitals, one with 185 beds and the other with 62 beds. The deal also includes a 51% stake in a 50 bed Neuro Clinic psychiatrist hospital.

This process has been going on since 2015, and finally, approval has been granted. Many large SA corporates have been criticised for not reinvesting in South Africa. Mediclinic, who already have a large presence outside of SA is taking the plunge, probably picking up these assets at a decent price. It also gives them a good presence in North West where they are underrepresented.

In mid-January, MTN announced that it had settled a major matter in Nigeria, relating to $2-billion in back taxes. This crisis, one of many in that country, went back to September 2018, when the Attorney General of Nigeria made a number of spurious (in my view) claims about MTN Nigeria’s historical financial accounts and tax contributions. At its root, the matter is fuelled by local interests in Nigeria, that view MTN as a foreign group that makes “too much money”.

Yet Nigeria is desperate for more foreign investment. You will recall that MTN has pumped hundreds of billions of Rands into building a modern telecommunications network in that country, often under difficult conditions. Despite that, Nigerian authorities have routinely hit them up for extra cash, including slapping fines on them for breaches of customer registration rules.

Now the relationship seems to have taken a turn for the better, after a meeting between senior MTN executives and Nigerian President Muhammadu Buhari. No sooner had the meeting concluded than the Attorney General announced that “following careful review and due consultation with relevant statutory agencies” (in other words a phone call from the President), a decision had been taken to resolve the issues.

MTN promptly agreed to invest $1.6-billion to strengthen and expand its networks and systems, as well as formally withdrawing a case it made challenging the jurisdiction of the Nigerian Attorney General to charge it with those back taxes in the first place. It will also accelerate its Mobile Money (MoMo) project there, having finally obtained a deposit-taking banking licence.

With that problem out of the way, all MTN needs is for the SA economy to rebound, for the SA Competition Commission to get off its back, for the useless SA Minister of Communications, Telecommunications and Postal Services to allocate it adequate spectrum to operate and for a peaceful revolution in Iran. That’s asking too much I suppose? With 245 million customers, this ought to be one of the most valuable businesses in the world, but it is held back by political meddling and incompetence in the countries in which it operates. MTN’s share price continues to languish at R82.83 per share. We remain ever-hopeful.

The monetisation of WhatsApp is gaining momentum. In this case it is through WhatsApp pay, where you will be able to pay for things using your cellphone number. I’m not sure of the exact nuances around the service, I suspect it will be similar to the M-Pesa model being used in East Africa. In 2017, 48% of the Kenyan GDP was processed over the M-Pesa network.

The current role out is with 10 million customers in India, the perfect testing ground. In places where large parts of the population are unbanked or underbanked, being linked to the financial system through their cellphone number is good for them, good for the provider and good for the merchant that they are buying. It is estimated that 2% of Kenyans have been lifted out of poverty due to the benefits of mobile money.

WhatsApp is perfectly positioned to be the platform to bring together all the different stakeholders needed for mobile money in India to go mainstream – WhatsApp Pay set for phased roll out in India; granted NPCI licence.

Parasite is a non-English-language, South Korean dark comedy thriller, directed by Bong Joon-Ho, and co-written by Han Jin-won. This movie follows a poor family who schemes to try to get employment from a wealthy family by getting in their circles by acting as highly qualified people.

This film has become the first foreign-language (aka non-American/European) film to win Best Picture at the Oscars. This is big considering that the Oscars have been going for 92 controversial years. Not only did this film fetch Best Picture, it also cleaned up in categories like Best Directing, Best Original Screenplay and Best International Feature Film, making it the biggest winner of the 2020 Oscars.

This film grossed $165 million at the box office so far making it one of the biggest successes for a non-English-language film. However, compared to the highest grossing movies of the past five years, it is nowhere in comparison to those movies that have grossed between $1.1 billion to $2.8 billion. 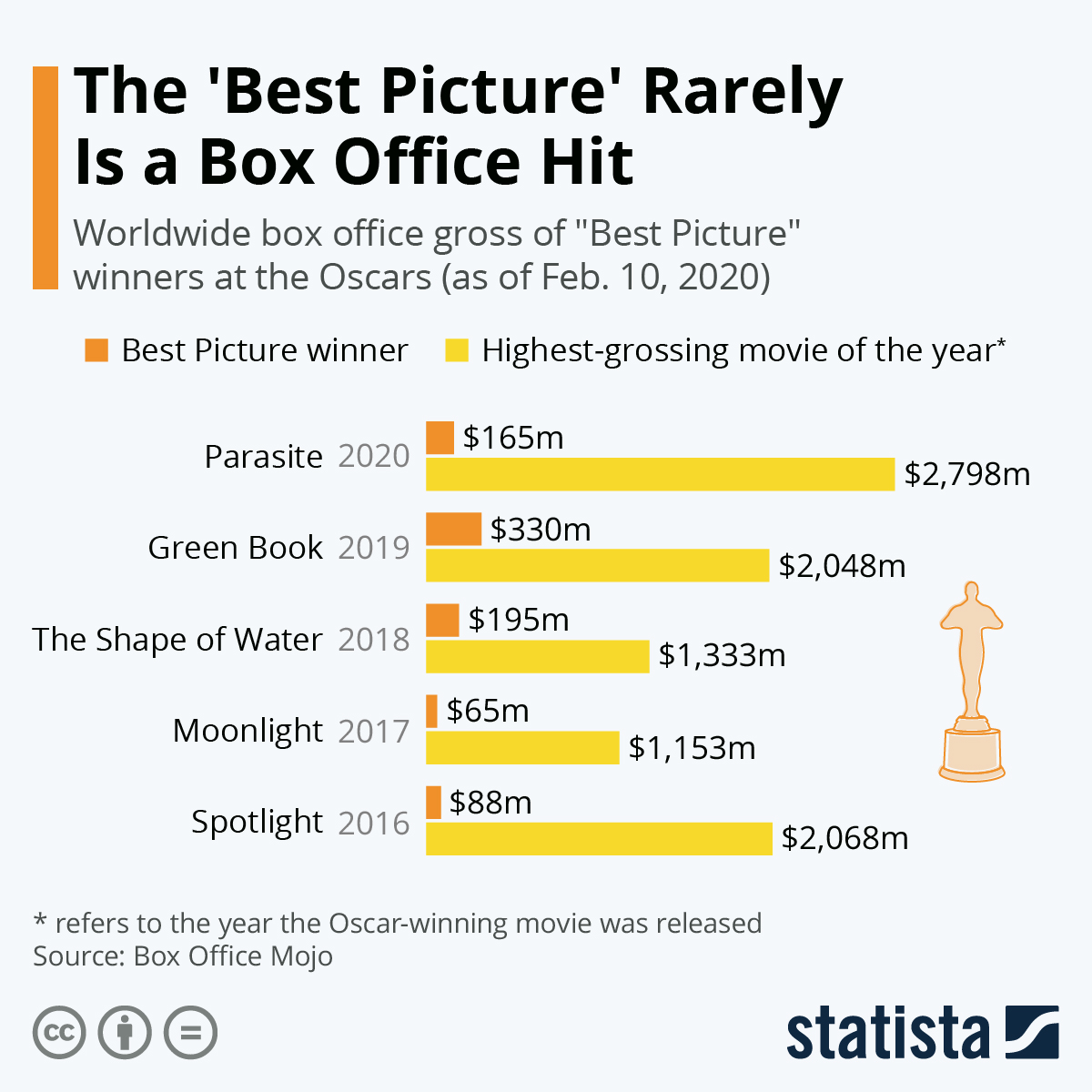 To power all those Netflix streaming servers the company uses enough electricity to power 40 000 homes. It says that the consumption is matched with renewable energy certificates though – Netflix’s Overall Electricity Usage Jumped 84% in 2019.

Digital camera sales have been hit hard by smartphones. Unless you are a professional photographer, who needs anything more than your phone camera? There is not much out there that will give better quality pictures than the current three lens generation phones. 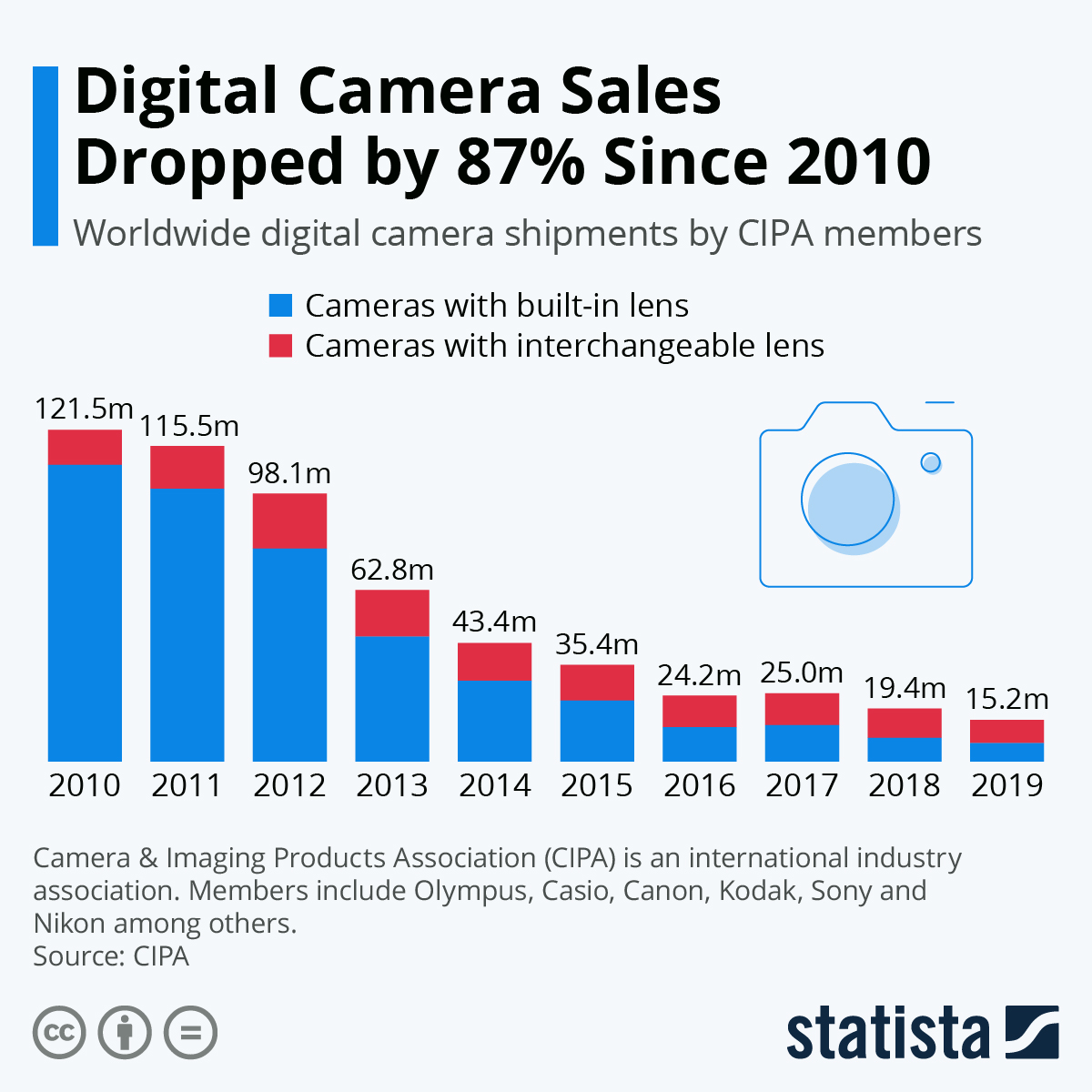 Tencent is up 2.3% this morning, taking the stock to an 18-month high. On the data front, there is UK manufacturing and GDP today, and in South Africa there is unemployment and manufacturing data. In the US, Jay Powell is appearing before Congress to discuss monetary policy. The market will be keeping one ear on what he says, to see if there are any sentiment changes. The Rand is at $/R 14.97 this morning.